Approximately 16 km north of the Darss/Zingst peninsular on a site of around 7 km² a total of 21 wind energy plants and a substation will be built in 2010. The wind energy plant (hub height 67 metres, rotor blade diameter 93 metres) will be anchored with monopiles in sea depths of 16-19 metres. These 35 metre long and 500 ton heavy steel pipes are sunk 25 m deep into the seabed and connected by a 28 m transition piece to the steel tower of the wind energy converter. Scour protection additionally secures the turbine against currents and tides. All wind energy converters are connected together annularly through the farm’s internal network so that whole farm segments do not malfunction during possible disruption. The electricity generated is stepped up in the substation from 33 kV to the transmission voltage of 150 kV and is linked up to the overland network by 50Hertz Offshore GmbH.

After the installation of the foundations in early 2010, the complete wind farm will be built and connected to the network. With a total output of 48.3 MW, around 176 GWh of energy can be generated annually - and over a period of at least 20 years. This can supply around 50,000 households per year.

The facts at a glance:

The planning and logistical challenges faced in constructing the wind farm were considerably greater.  Baltic 2 has wind turbines that are almost a third larger than those at Baltic 1.
On an area covering 27 square kilometres, it is four times larger than EnBW Baltic 1
and can generate six times as much electricity.

The depth of the sea at the wind farm varies between 23 and 44 metres.
Depending on the sea depth, the wind power plants were either mounted
on steel piles, so-called monopiles (up to around 35 metres), or steel framework structures, so-called jackets (from around 35 metres). An annual yield of around 1.2 billion kilowatt hours means that the EnBW Baltic 2 wind farm can supply an aggregate of around 340,000 households per year and thus save around 900,000 tonnes of CO₂ emissions.

In spring 2016 Iberdrola startet to build their offshore windfarm Wikinger. 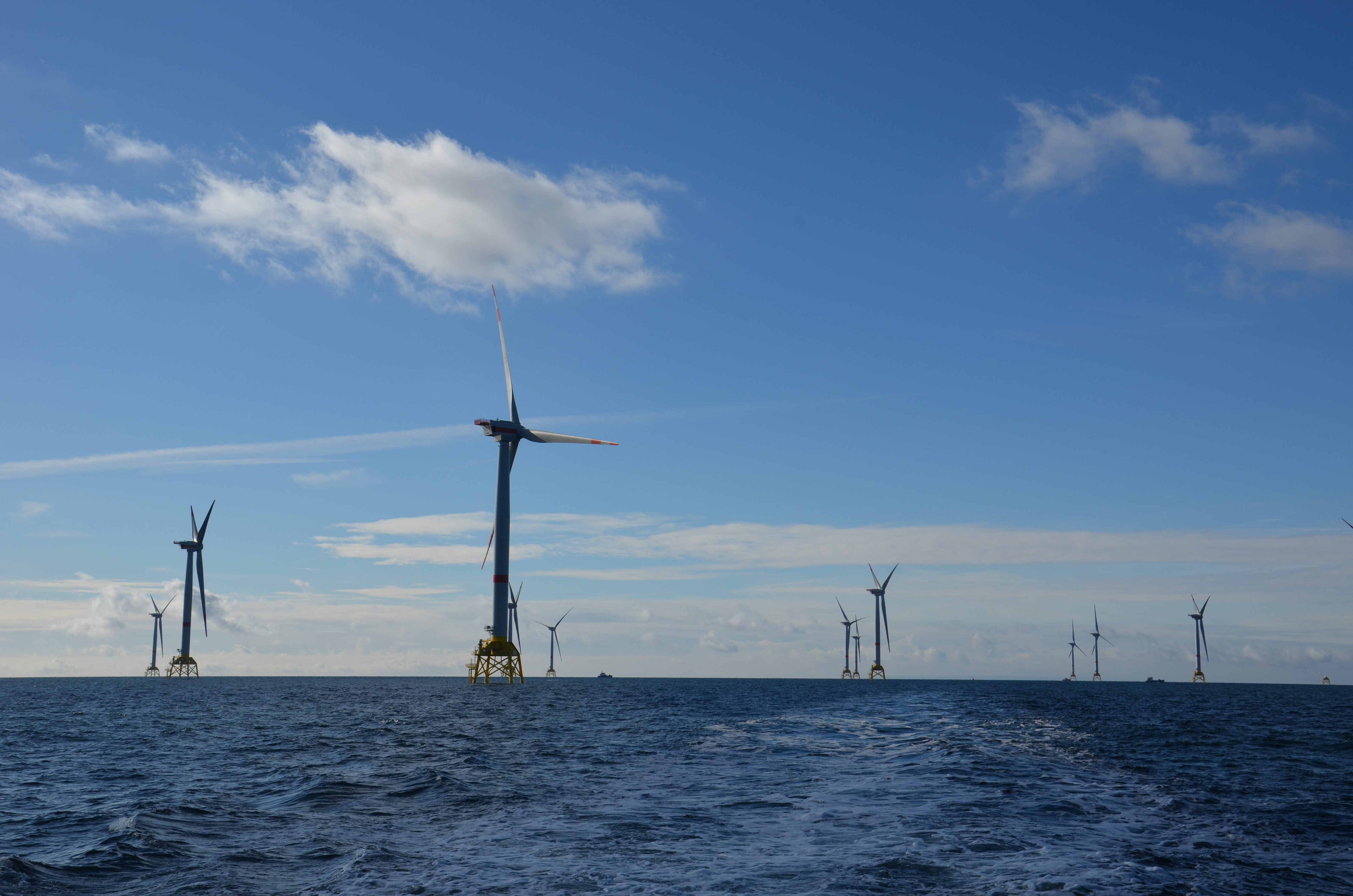 This is the 3rd offshore windfarm in the German Baltic Sea. It ist located in
the German Exclusive Economic Zone (EEZ), 75 kilometres off the
German Baltic Sea coast and near Rugen Island. On an area covering
around 34 square kilometres exist 70 wind turbines (each 5 MW, Producer: Adwen)
and a substation.